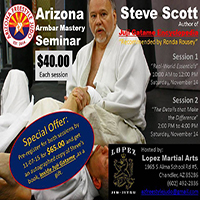 Coming up next Saturday, Arizona Freestyle Judo will be hosting elite coach Steve Scott for an all-day Armbar Seminar.

Some info about Steve:

Steve has personally coached 3 World Champions, 2 Pan American Games Champions and 58 National AAU Champions in the sport of sambo. He has also developed numerous judo champions at his Welcome Mat training center, including a member of the 1996 U.S. Olympic Judo Team, almost 100 individual athletes who have won National Judo Championships and numerous athletes who have been members of official U.S. teams in international competition including the Word Championships, Pan American Championships, World University Games and other events. As an athlete, Steve competed in several AAU Sambo Nationals, winning gold twice and bronze once. He also won numerous regional and state sambo and judo championships in the Midwest and competed in numerous U.S. Judo Nationals.

He served as the official U.S. Team Coach at the 1983 Pan American Games, where his women’s team won four gold medals and six silver medals, winning the team championship. This was the only time sambo was admitted as a sport in the quadrennial Pan American Games. Steve has also coached at the World Sambo Championships and at the World (under-21) Judo Championships on different occasions. He has trained, competed and coached In North America, South America, Europe and Japan.

This seminar will be held at Lopez Martial Arts, 1965 S Alma School Rd #5, Chandler, AZ 85286. For any additional questions, please email Scott Decker at azfreestylejudo@gmail.com, or see the gym office. Thank you! 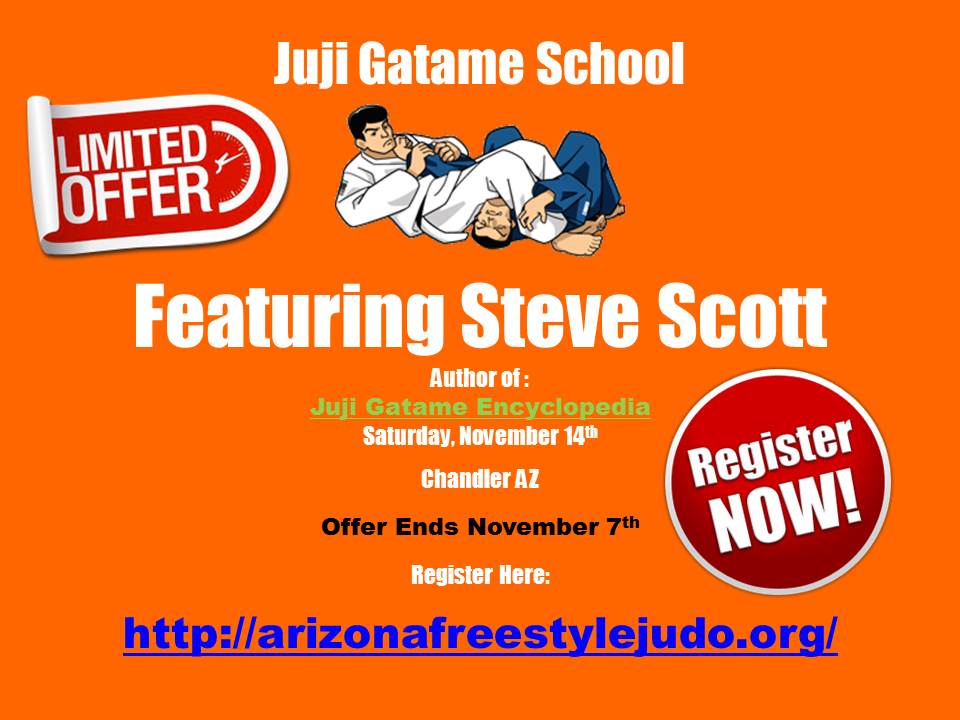