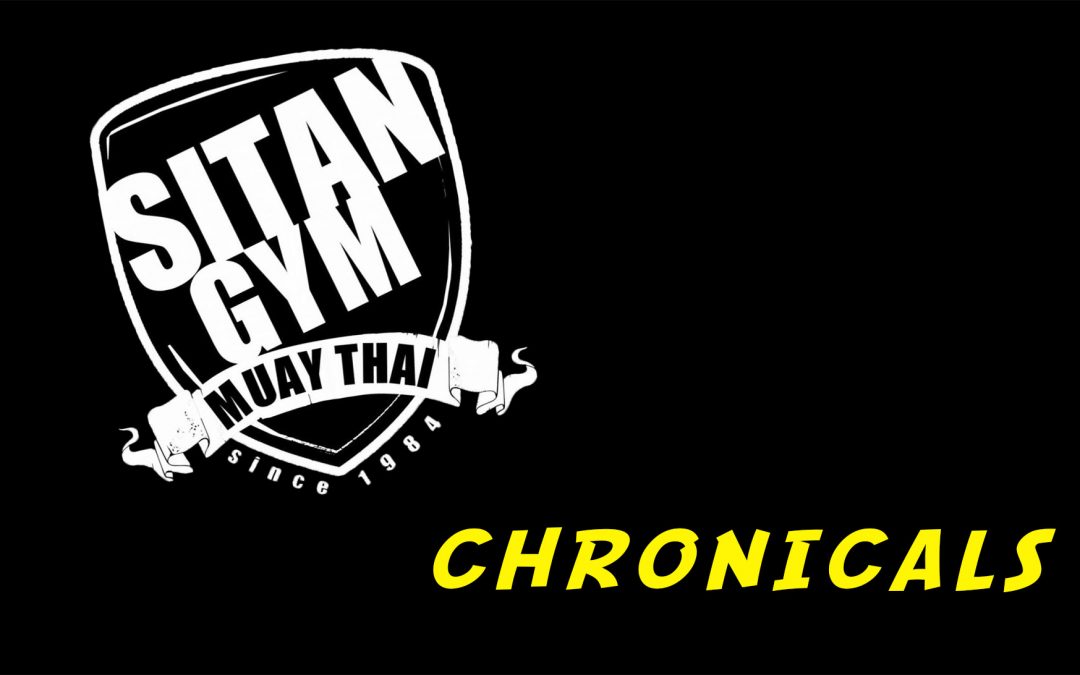 Saying Yes to Yourself: Shawna’s First Fight, Part I

In the second installment of the Sitan Gym Chronicles, we’ll be checking in periodically with long-time Sitan Gym AZ student and current office manager, Shawna Kitzman, as she trains for and competes in her first fight.

After years of training Muaythai; watching her husband, children, friends, and trainers compete; and helping take care of the gym (and everyone in it) as the de-facto gym mom, Shawna is finally saying yes to her own dream of competing. She’ll be participating in the fourth-annual United States Muay Thai Open, from April 26-29 in Phoenix, Arizona, and her goals are ambitious.

In her first interview, Shawna talks about finally making the decision to compete after 11 years of training and what that means for her, her family, and others who will be watching.

Q: You’ve trained for 11 years, and this will be your first time competing. Why now?

A: It’s just time. Mentally, I finally feel like I’m in a place where I’ve accepted who I am. The blocks have fallen into place in my life – it’s a combination of working at the gym and watching more people compete; my kids having reached an age where I don’t have to be around every single moment, and can count on them to help out around the house; and my family, especially my husband Eric, being very supportive. It’s everything together that has given me this moment of calm in my life. I finally feel ready to chase after my own dreams.

Q: You have mentioned that signing up to compete means finally saying no to yourself when it comes to your health. What do you mean by that?

A: Yes! I’ve always wanted to be healthier and feel better about myself. But I’ve always given into the treat of the day, whatever that was. I’ve never had a goal that I thought was obtainable. It was a lack of self-confidence. I felt that as a mother, I couldn’t put myself first. Food was a way of compensating for that inability of fulfilling my own needs. So I never ended up working on myself to say no when I needed to, and I’ve always wanted to become mentally stronger than that.

Q: In many ways, though, committing to your first fight is also about saying yes to yourself.

A: It’s saying yes to putting myself first, to my dreams, and my future. I also feel like I’ll be showing my kids that if you work hard enough, you can accomplish what you want to, no matter your age or physical limitations.

Q: Have you found it difficult to make the decision to spend this time on yourself, when you’ve never done it before? Do you feel guilty?

A: Not at all! I don’t feel an ounce of guilt. If you had asked me a few years ago, I would have said yes, absolutely.

When Eric and I started training and our kids were younger, Eric was competing, so I was the one who stayed home. Everyone else’s time came before mine. Now that the kids are older, I don’t have to do that anymore, and it makes me feel so empowered. I wish I had done it earlier.

You get so wrapped up in the routine of being a mom, you can lose your identity; you almost forget your own name. I feel like I’m beginning to crawl out of that hole. It happens to every parent; you love your kids and would do everything for them. Then one day you wake up and ask yourself, who am I?

Q: Do you think it will be hard on them once fight camp sets in?

A: I do think it will be hard. My husband it used to me being available all the time. It will be a change, but I think he’s ready for it. He’s very supportive, and has wanted me to compete for a long time. My kids are excited because they know my expectations for myself are high. It will be rewarding for everyone. This is the biggest goal I have ever set for myself.

Q: Who do you hope sees you training and takes something away from it?

A: It would be an added benefit to inspire others, although it’s not my first goal. It would be nice to see other mothers, and women in general, who have struggled with their health take on a challenge like this.

Q: What are you most nervous for? Most looking forward to?

A: I don’t want to make a fool of myself in the ring. I don’t want to disappoint my family, and get caught and have the fight called. I’m a little nervous for the weight cut, after watching so many others go through that, so I have to do my best on my diet!

I’m most excited about getting into the ring and seeing what I can do. I want to be able to hit and kick as hard as I can. I want to let loose, and you can’t do that in sparring. I want to have my hand raised. My thought process right now is focused on that – visualizing myself with my hand raised, and I feel confident. It’s almost strange, because in many other aspects of my life I still lack self-confidence: as a wife and mother, an office manager, even as a woman and friend.

But I don’t feel that way when it comes to getting into the ring. It’s the one place where I don’t doubt that I can excel. My goal is to knock an opponent out, and to win a belt. I’m going to be brutal. I hope that’s what happens. I’m very aggressive. 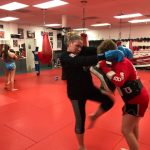 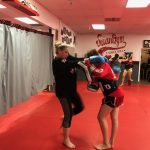