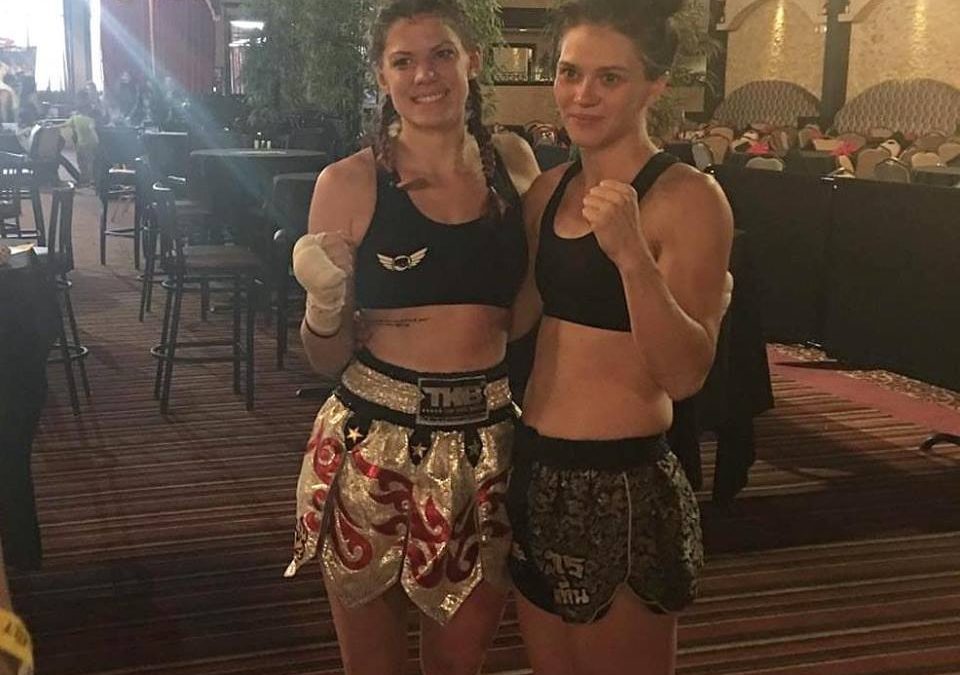 Kaitlin fought in Anaheim last Saturday, May 20th against a tough opponent.  She showed up in “Killer” mode and delivered some punishing blows that caused damage to her opponent’s legs and ribs.  The decision ended up going the Kaitlin’s opponent, but she learned a lot and had fun.  Stay tuned for information regarding Kaitlin’s next fight.